This year’s edition of the Mobile World Congress, the biggest and most anticipated tech expo involving the latest in mobile phone and mobile networking technology that is held once each year, has been canceled.

MWC 2020 was officially called off by the GSMA due to continuing worry over the detrimental effects of the coronavirus epidemic that began some time earlier this year and originated in Wuhan, China.

According to a statement from the GSMA, which represents the interest of mobile operators worldwide, it’s just not realistic to hold an event as big as the MWC during such a time that there’s a worldwide scare for a new kind of virus that still hasn’t been properly dealt with yet.

“With due regard to the safe and healthy environment in Barcelona and the host country today, the GSMA has cancelled MWC Barcelona 2020,” they explained. “The global concern regarding the coronavirus outbreak, travel concern and other circumstances, make it impossible for the GSMA to hold the event.”

This marks the first time that the prestigious event has been canceled since it was first started back in 2006. It’s worth noting that certain participants made the wise decision to withdraw from the event ahead of time, while others simply followed suit.

LG was one of the first big consumer tech companies to back out from the event, citing concerns for the safety of own its employees during such a critical time. Other tech brands slowly started withdrawing from the event as well, with the biggest mobile networking brands such as Nokia and Ericsson dealing the final blow with their respective decisions to back out.

For now, MWC 2021 is still in the cards. But fans of new mobile tech from brands not named Samsung will have to wait until next year for that to arrive. 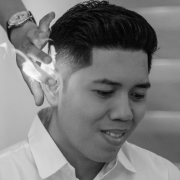 Nokia 2.3 and Nokia C1 smartphones launched in the Philippines